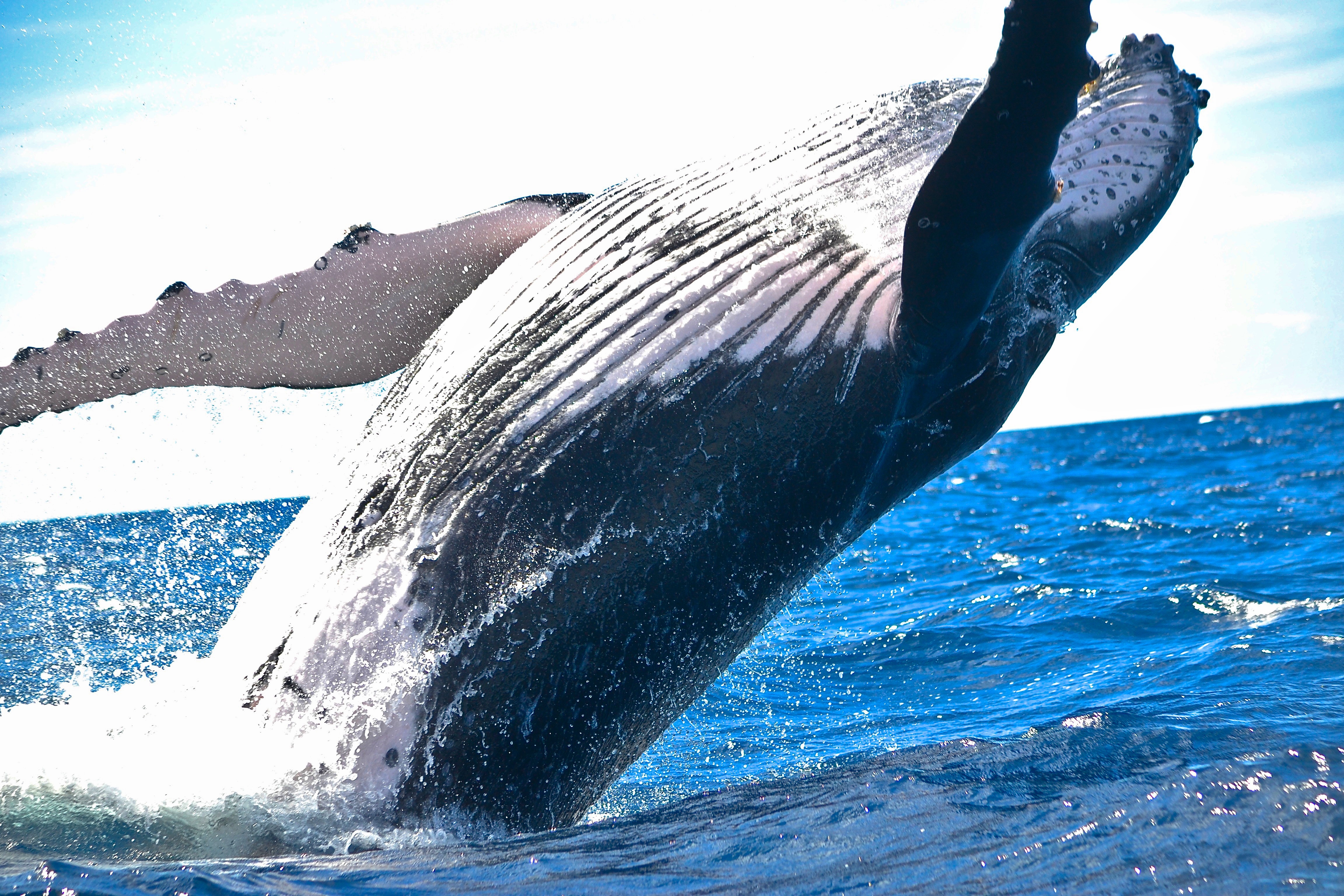 In the late 19th and early 20th centuries, commercial whaling threatened to eradicate the humpback whale population, and the species became one of the first to be protected by the Endangered Species Conservation Act in 1970. Commercial whaling became prohibited in 1985, with some populations of humpback whale already reduced by more than 95%, according to NOAA Fisheries, who have worked worldwide to protect the species.

Thanks to the work of institutions like NOAA Fisheries, the conservation status of the humpback whale is now listed as being of ‘least concern’, with the population steadily increasing. The species can now be sighted all over the world, including at Silver Bank just north of the Dominican Republic.

Silver Bank is located in the Atlantic Ocean, approximately 80 miles to the north of Puerto Plata in the Dominican Republic. The bank is largely submerged, and plays host to several coral heads. Estimates suggest that between 5,000 and 7,000 humpback whales visit Silver Bank each year to breed, and are protected by strict guidelines enforced by the Dominican Republic’s Department for Protected Areas and Biodiversity, ensuring that the number of vessels in the area is limited, protecting the whales from human interference. It is guidelines like this that have helped the population of the humpback whale to increase following the crisis. Silver Bank was first recognized as a sanctuary in 1986, and a presidential decree ten years later enlarged the protected area, making it an ideal haven for humpback whales during the mating season. The species favors the area as a breeding ground because of its shallow reef, which offers protection to mothers and their calves.

Humpback whales travel thousands of miles after their feeding season. The population that visits the Silver Bank migrates from the North Atlantic to mate, calve and rear their young. During this time, pregnant females give birth; females in season seek out a mate; and males compete for female attention. The whales will not be feeding during this time, having built up their reserves before their migration. Surface activity during the mating season is high, which is why whale-watching is so popular in the area. The males are likely to be more vocal during this time, and physical displays, including breaching, are common sights. Breaching may also serve to protect a mother and her young calf from other nearby males.

What To Watch For

It would be difficult to doubt the sighting of a humpback whale. They often appear near the surface, slapping the water with their tails and fins and breaching the water. Their bodies are primarily black in color, although many also display varying amounts of white on their fins, tails and bellies. They are identifiable by the bumps on their head, known as tubercles, which each contain a single hair follicle, thought to be used as a sensory tool. They can grow up to 18 meters long, with tails (known as flukes) sometimes as wide as 5.5 meters. They are known for their song, often described as magical, which they use to communicate with others, and the patterns on their tails and fins are unique, distinctive enough to identify individuals.

Despite the protection around Silver Bank, which is known as The Sanctuary for the Marine Animals of the Dominican Republic, it is one of the few areas in the world where it is possible to snorkel with humpback whales. Visitors can swim very close to the animals, hearing their haunting melodies firsthand. Only three dive vessels are permitted to operate in the area: the Turks & Caicos Aggressor II, the Turks and Caicos Explorer II and the Belize Sun Dancer II. Between January and April each year, each boat makes ten trips to Silver Bank, carrying a maximum of 18 passengers at a time. The whales have grown accustomed to their human visitors, and while they may be inclined to keep their distance, it is possible to get very close to them on a snorkeling trip. While there are opportunities to scuba dive around the Dominican Republic, Silver Bank remains strictly snorkeling only, ensuring minimal disruption to the animals. The sanctuary ensures that only ‘soft in-water encounters’ take place, allowing a peaceful communication to develop between humans and whales.

While it is not possible to scuba dive with the humpback whales at Silver Bank, scuba diving in the Dominican Republic during the early months of the year may lead to encounters with the animals. Samaná Bay is known for its whale-watching possibilities. Their song can be heard during mating season, and divers have reported seeing them breaching the water in the distance. The sea can be a bit rougher in this area than it is off the southern coast, making it more suited to experienced divers.

According to the Endangered Species Coalition, the humpback whale population is now at almost 80,000. In protecting marine mammals, the Dominican Republic has taken a leading role in the Caribbean. Sites like the Silver Bank balance our enjoyment of wildlife with its right to live peacefully in its natural environment. Successes like this bring hope for what can be achieved with strict guidelines and strong environmental protection. Our natural curiosity in other species can be reconciled with their preservation, and it is possible for species like the humpback whale to rebound from a human-instigated decline.

Jennifer Aston is a professional freelance writer and editor. After a long career in the tech industry she moved into freelancing to spend more time with her family and to indulge with her passion for diving. Jennifer is an experienced and passionate diver who enjoys exploring new sites around the world.