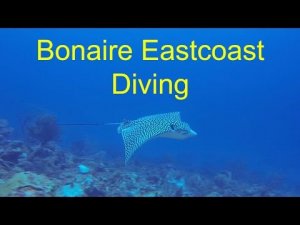 Country
Bonaire
Bonaire, part of the Lesser Antilles, is a Dutch island that's top-notch in diving and other water activities, has historical sites, and spas for an awesome family or romantic getaway vacation. Welkom. That's "Welcome" in Dutch--and it's the perfect opening for when you arrive on the Dutch island of Bonaire. Don't worry, they don't just speak Dutch. English and Spanish are widely spoken.

Just don't thinking that it's as, uh, what's the right word... Liberal. Yeah, that's it--as liberal as the Dutch city of Amsterdam.

That said, you'll have the most spectacular time in Bonaire, a diver's paradise. You'll probably have arrived by air at the Flamingo International Airport; appropriately named since this is a haven for the actual birds with the name name.

Wow, I guess that means you gotta look to the skies in Bonaire as well as what's under the ocean.

Did you know that Bonaire is actually two islands? Klein Bonaire is the smaller of the two (it's uninhabited and just 6km square) is located only a half-mile off the shores of the bigger island. For the truly adventurous you can kayak on over.

But you're not here to discuss geography, you're here to dive. The Hilma Hooker shipwreck is one of the most popular dive sites. However, being surrounded by a coral reef you won't be without something extraordinary to see.

And because you can't spend your whole time "20,000 Leagues Under The Sea", you need something to do once you're reached the surface. I think this is why there's cycling and mountainbiking; casinos and clubs; historical sites like the old slaves' quarters, and cuban cigars to smoke.

What? Those cigars are illegal in the U.S.--but you can use the official currency of the US Dollar in Bonaire to buy them while you're here.

Ahh, smoking's bad for you anyway--so best to just stick to Bonaire's festivals and events smoke free. Stick to drinking and eating on Queens Day at the end of April, or the Fun Run (a 10km race) in July, or the Pentecost events that take place around 40 days after Easter.

Which is right around the start of Bonaire's Windy Season--but that's good for all the windsurfing (at Lac Bay) and kitesurfing (at Atlantis Beach). And after the official end to Bonaire's High Season that runs from December. It's not like you really gotta worry about hurricanes--Bonaire is part of the ABC Islands (that includes Aruba and Curacao) which are out of the "hurricane belt".

If that aint' a reason to say Welkom to Bonaire--I don't know what is.

And if you're gonna come, you need a place to stay, right? You'll find everything from simple cottages for the whole family, or luxury resorts for the most discerning traveler. Either way you'll find something to fit every budget, and every family.

Yet another reason to see Bonaire--even if they're not as "liberal" as Amsterdam.
Tweet