Welcome to the island of Aruba.

Aruba , the first of the chain of Islands in the Dutch Antillies called the ABC Islands. Bonaire and Curacao making the other two. Its a flat Island and gets cooled by the trade winds. Itis only 15 miles off of the coast of Venezuela. It has some real top beaches on the south Coast as they are more sheltered.

The north has rougher seas and ironshore (old dead coral think grey hard and sharp and very irregular with a mysterious beauty !). Aruba has a desert like interior. The National Park called Arikok has tall cacti  giant boulders and caves with ancient Indian art. The trade winds bend the divi divi trees towards the south west. Coincidentally a lot of the main hotels are here near and around Eagle Beach, so if you get lost the divi divi may point to your hotel :)

We are looking for owners and managers to obtain your aruba vacation rentals to put on this website.

November and December the island gets brief showers giving the 50 cm rainfall average per year. January and March is carnival season the busiest maybe best time to go.

The Antilla may be an amazing wreck and yes it is massive but we don't agree that its the biggest chunk of metal sitting at the bottom of the Caribbean. This award goes to the Bianca C in Grenada.

In general Aruba is sitting on a shallow sand shelf ideal for confined water classes and spotting rays. Getting out to the coral formations is usually by boat with short rides and you can hope to see the usual Caribbean fishes of moray eels, stingrays, barracudas and yellow tail snapper.

While Arbua may be better known for its beaches and casinos, it is also a good destination for the scuba diver. In fact, Aruba was voted the second best wreck diving in the Caribbean by Rodale's Scuba Diving Magazine in 2006. So if you like wrecks, you may want to consider a trip to Aruba. Plus, you can always check out those casinos and beaches in-between dives!

If miles and miles of pristine white sand beaches meeting warm, turquoise water is your idea of paradise, then Aruba might just be heaven on earth. Located approximately 18 miles off the coast of Venezuela, in the southern Caribbean Sea, Aruba enjoys nearly year-round sunshine and average daily temperatures of 28C/86F, making it a true beach-lovers dream. In fact, with 21 named beaches (and countless unnamed and secluded spots), you can spend virtually all your time with your toes in the sand, soaking up the Aruban sun.

Aruba's Most Popular and Best Beaches

Aruba boasts the number one Caribbean beach, according to a USA Today survey of travel agents and travel writers. Eagle Beach, located in the “low rise” hotel district comprises miles and miles of white sand stretching endlessly to an impossibly blue ocean. Where sea meets sand you will find gentle surf, suitable for families with small children. Even on its busiest day, due to Eagle Beach’s immense size, the beach never feels crowded. Get there early, though, if you want to nab one of the free shade palapas, as they tend to be quickly claimed by families intent on spending the entire day frolicking in the crystalline water. 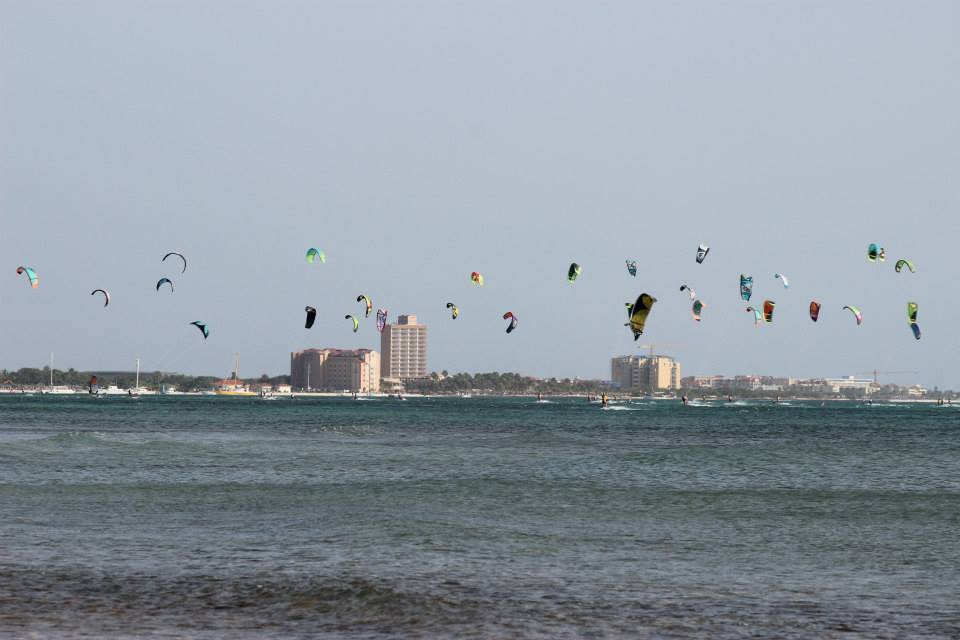