A long but good look at Barbados in HD

I still haven't been through the whole of this video as its an hour - but you will get a very good idea of Barbados before you go. It kind of takes away some of the adventure of travel doesn't it this internet tool. So you could just turn off your computer and go drink a rum and book a flight to Barbados and let the adventure come to you... 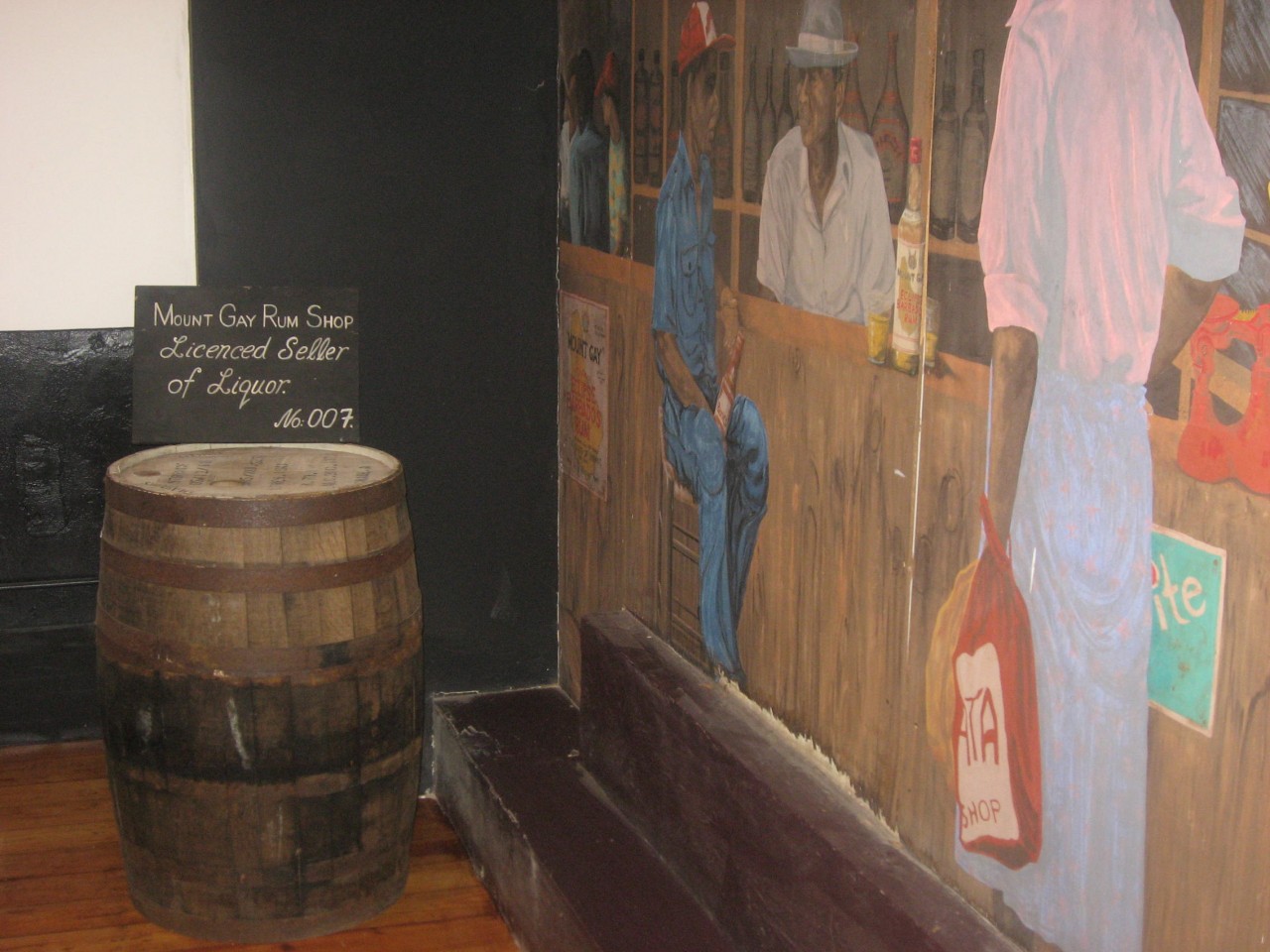 It is possible for the younger backpacker to walk to the factory through some interesting surburbia to get to the Rum Factory - I call it the factory as the rum is distilled mostly at another plant - however you see all the equipment that gets the process from Sugar Cane Molases to the bottle.

It is a fun thing to do isn't too long and is a great way to meet fellow visitors to Barbados. The guides do a great job in telling you the story of not only how rum is produced but its the story of how rum really came to be as this island is where that happened. So yes you learn how rum was invented on the island of Barbados. 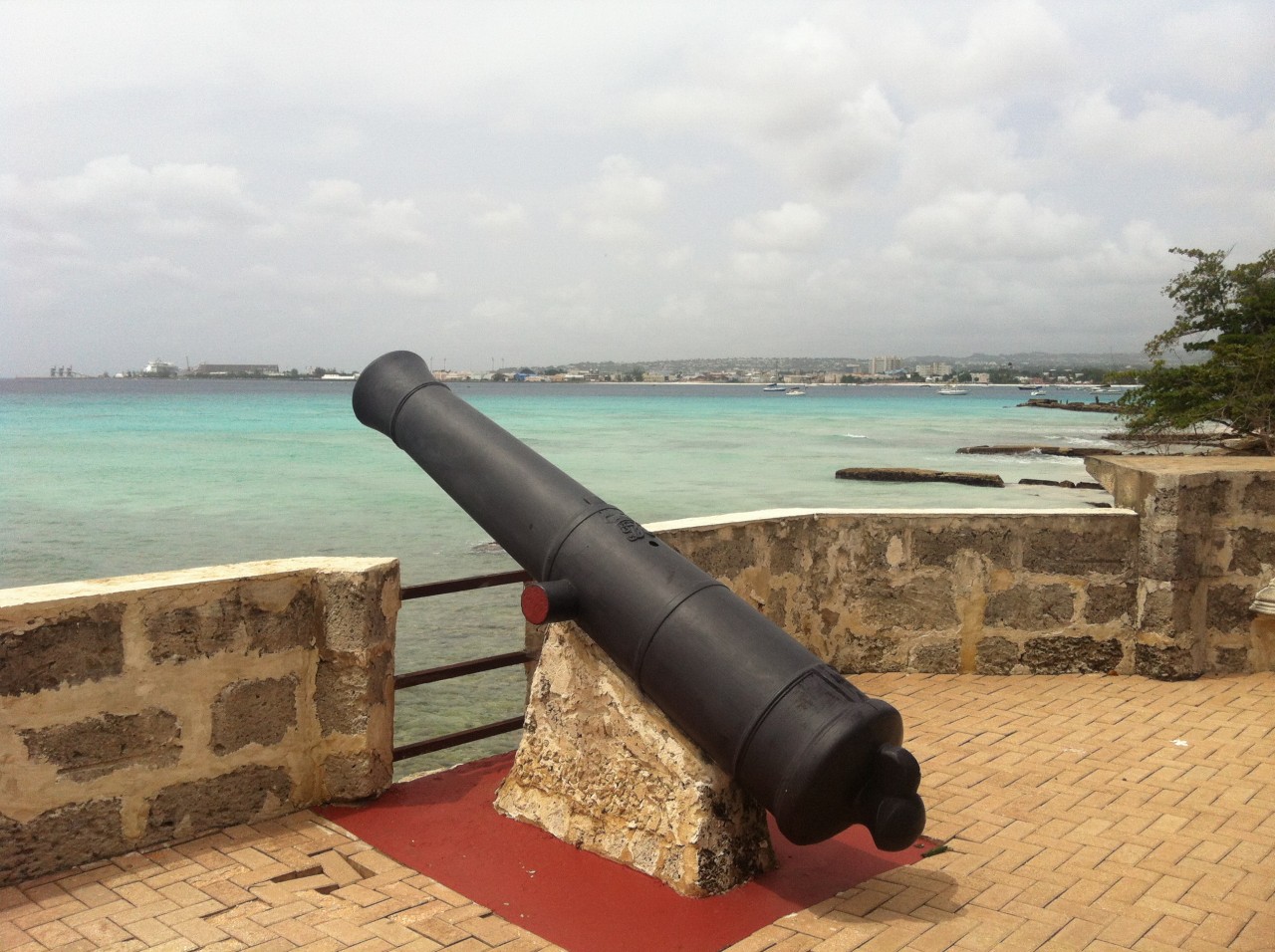 One cool thing that you can do while in Barbados is check out Needhams Point. It is located just behind the hilton Resort Hotel and is at the souther point of Carlisle Bay.

You might consider a walk from Bridgetown down the beach stop for lunch at a beachside bar in Carlisle Bay and continue down towards the hilton. Going away from the water you get to some cool places you can spend some time reviewing. The garrison area here is where you have the horse racing track, and some other government buildings and landmarks. I chose not to visit as I was pushed for time and wanted to desperately stay in the sun. So I elected to find Charles Fort at Needhams Point.

Walk over to the hilton hotel and keep going or ask. You will quickly find cannons and great views. Some of the cannons long fell into the sea and plastic ones help with the illusion somewhat. But its a pleasant area and probably very much so at night. Maybe combine this with a restaurant stop in the hilton hotel.

Barbados known for its Rum - I like the Rum Punch

I found this little video and the rum punch across the caribbean holds a spot dear in my heart. Often associated with a fond welcome into a Caribbean Resort by way of a welcome drink the rum punch is a special cocktail indeed. Barbados think they have the best rum going - they certainly have a great claim to be the inventors of the drink. Here is what they say about the rum punch.
Note that the people in the video are some of Barbados' finest citizens.

Barbados Fish Fry : The Oistins You Might Not Have Heard About 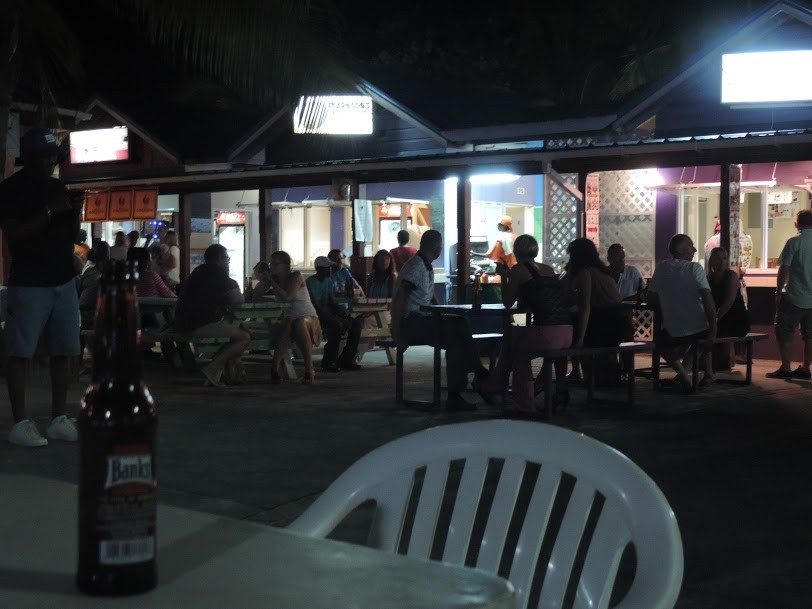 Chances are, if you’re visiting Barbados, one of the locals will recommend the Oistins Fish Fry to you. Located in, of course, Oistins, in the parish of Christ Church, is a quaint little fish market coupled with a multitude of food service stalls, all serving you the freshest fish this side of the equator. The fish varies anywhere from Tuna and Marlin, to Swordfish and Barracuda. There is, from what I’ve come to discover, a lesser known type of fish in the northern regions, such as America and the UK, which the locals refer to as ‘Dolphin’. Rest assured, this is not the mammalian kind, but rather a tropical fish known as Mahi Mahi.

Ok, so you’re on your way to Oistins by now and you’re wondering, “Where do we eat?”

If you’ve tried asking anyone where to go, I’m willing to bet my last dollar that they told you to go to Uncle George. Which, no doubt, is quality fish and a tartar sauce you’re going to be tempted to dip even your chips and salad in. However, rather than go to Uncle George’s and stand in a line longer than a department store’s on Black Friday. You’ll be delighted to know a little known fact that the food is actually good everywhere. Well, I myself haven’t been to every stall, so perhaps take what I just said with a grain of salt, but what I’m trying to say is that my experience in Oistins, with regard to food, has been generally good whether I eat at George’s or not.

This particular night, prior to this post, I ate at Sea Water Front and enjoyed the Marlin. For $25 BBD, about $12.50 US, I received two sizeable (In my opinion) steaks of fish, macaroni pie with salad, and coleslaw and if you’re looking for a strong drink or two then this particular stall serves anywhere from Absolut to Johnnie Walker, sold by the bottle in varying sizes, but it should be said that a majority of the stalls do the same.

Continue reading
4650 Hits
1 Comment
Tags:
barbados oistins
Tweet
Recent comment in this post
admin
This is a must do attraction for Barbados - the food dancing to a massive variety of music and above all the people watching. This... Read More
Saturday, 27 September 2014 22:30
4650 Hits
1 Comment

There are some other islands in the Caribbean but perhaps the best one to learn to surf on is Barbados.

You have some really easy spots to learn and you probably will be able to stand up on the first lesson. Freights bay if the swell is good enough produces a nice clean left hand wave that is very gentle on the debutant.

I met a nice guy from Brazil who was taking a weeks break from Sao Paulo (its just 5.5hrs flight and 1 hr time difference). We both were asking the driver about the stop for crane beach in barbados. The beach is in th e lower right of the island and to get there you need to take the bus marked something castle . It was a lot of fun playing in the waves bodysurfing a local brought us pina colladas he said he was raheem sterlings cousin.

Editors note : the bus you need to catch is the Sam Lords Castle one and isnt as frequent as the regular services but you shouldnt wait more than 40 minutes on a  bad day. more info on Sam's castle here - http://www.barbados.org/samlords.htm#.VCcsryl4HZc

Getting a underwater diving rig package sorted out

Will fill out some detail and post the links to the products used here.

And here are the first results after a couple of tanks in Carlisle Bay I quickly edited the best of the footage together including some slightly pixelated zoom shots.
The GoPro can handle a bit of that but it isnt going to be a MACRO shooter at all.
I also notice that its very inconsistent, this could be due to my use and non use of the light.

Planning my 1 or 2 weeks in Barbados

I am not quite sure what duration I am going to take but am leaning to a week to 10 days and then taking another break to get my full 2 weeks later in the year. My reasoning is that I am travelling alone and it is a risk to fall into a dead resort spending a lot of money and it being quite boring apart from the 2 key activities I am going to base my trip around.

Barbados Resorts on this site

Surfing This is mostly going to happen on the south and east coasts I understand.

Scuba Diving
Basing myself in the west is going to be key to getting to the dive sites fast as the shops are here to be confirmed. But just how quite is the west ?

I didn't need to worry about being in a dead place for 2 weeks. In the month of September though it wasn't high season and after the school holidays it was nicely busy. They were getting ready for a busier period as the northern parts start to chill on down to the minus levels.
I have to say if something spoilt the holiday it was not the fault of Barbados. I had been working extended hours and this had given me a chronic back problem that did start to get better as I stopped sitting for long periods and started exercising again. The first week though was painful and it did affect what I was doing. The first week I spent here in the Oceans 2 Resort - you can read my review there as well. I wish I had spent a bit more time chilling by the pool and the beach instead of chasing scuba diving. The diving did not go smoothly. First two dives were good but a little short, this was ok this time round. I got a pickup from the hotel which was cool as planned.I also got some diving video shot and testing my gopro rig and light setup. BUT I have noticed it takes me a while to get back into my diving after not having dived for a good while (almost a year) and my equipment is also complaining that it isn't doing enough either. My regs are leaking (minor) on many tanks now at the first stage and they are now retired after this trip but well done to the scuba pro mark 1 ! Oh yes my go pro leaked in the bucket on the boat which was salt water not fresh - why would you use a bucket with salt water on the boat, they say to rinse masks, please make any salt water buckets clear in future dive boats ! It leaked I think because I used foil to pack out the extra space in the housing as I forgot the lcd backpack. My mask strap broke too but due to my nose being uncomfortable in this mask I shall be getting a new mask too. I don't just have a dive shop I can try on masks though. The scuba diving was also interrupted by a cold giving me a real problem to equalize my sinus spaces. It was just everything was going wrong and lack of use certainly key here.
The second week I went to zeds surfing adventures in inch marlow to try and recapture some past experience. This week was a more enjoyable one for me surfing through pain caused by a fresh rib injury. Just paddling out it popped and I was not the only one to get this injury. Surfing is hard on the body if you are doing it daily.